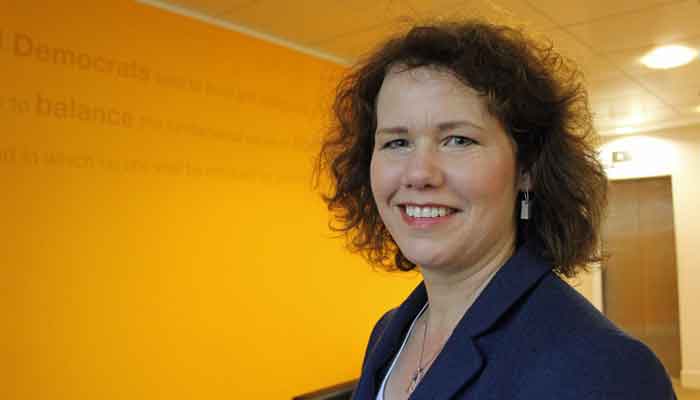 Kirsten Johnson, Liberal Democrat Parliamentary Spokesperson for North Devon, will chair a national discussion on Universal Credit and Homelessness on Saturday in York. This debate is part of the Liberal Democrats' Spring Conference.

On the panel are Lord John Shipley, Liberal Democrat Housing Spokesperson, Daniel Dumoulin from Depaul UK, a charity which helps people who are homeless, vulnerable and disadvantaged, and Caron Lindsday, Scottish Liberal Democrat Spokesperson for Housing and Social Security.

This follows Kirsten's appearance on ITV West Country Debate, where she highlighted the increased use of food banks in North Devon due to Universal Credit and austerity, and the problems many have of accessing Universal Credit due to the digital platform for applications.

Click here for further information on the Depaul UK charity.