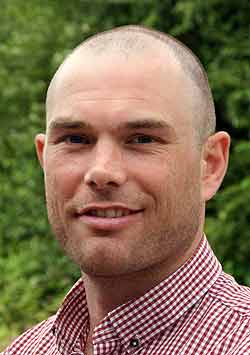 Will grew up in Fremington, lives in Sticklepath and is passionate about representing and serving North Devon.

He worked as a journalist at the North Devon Journal before becoming an English teacher. He works at Pilton Community College, the same school he went to as a pupil.

In his spare time Will has played more than 200 games for Barnstaple as well as having captained Devon.

“When I was a journalist I spent several years sitting in on council meetings and I often found myself thinking that the decisions made didn’t seem fair or sensible,” he said. “I always thought I’d like do something to change that.

“Every day I speak to students who live here, I have friends living in the ward and I talk with my neighbours about life in Bickington, and how it could be improved. I want a better Bickington for all of us.”