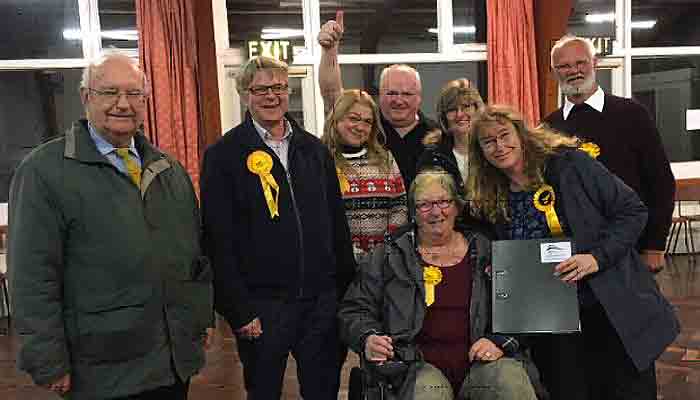 Congratulations to Lib Dem Caroline Leaver, who GAINED Newport Ward in Barnstaple from the Conservatives by just 17 votes on 7th December.

The election was called following the death of respected Conservative Councillor Michael Harrison. However, voters saw this election as an opportunity to bring in new blood and end the Conservative control of the District Council.

This was the second North Devon Council Lib Dem gain from the Conservatives in just a few weeks, following Derrick Spear’s success in Braunton East Ward early in November.

Lib Dems continue to gain seats on local councils nationally. In November and so far in December, they gained five council seats out of 15 by-elections – each one from the Conservatives.