Squeezing Devon - how much more must we take? 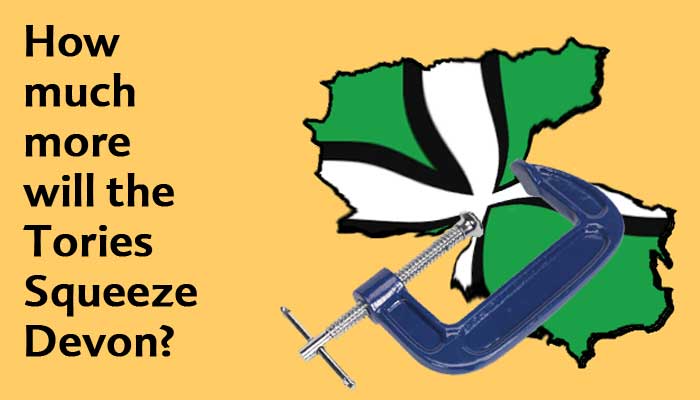 Is there no limit to the squeeze Devon is being subject to?  North Devon is taking hit after hit from the Conservatives. It’s not just government cuts across the board, but ones that are targeted on rural communities such as ours.

"We are not getting fair funding for anything”, says Lib Dem District Councillor David Worden. “In education Devon is getting far less per student than many other areas. This coupled with the County Council decision to remove the top up for small schools is having a devastating effect."

"I know of one school", says David, "which is now closing at the end of the academic year. This morning a Head phoned me up saying that the finances of another four schools he knows are on a knife edge and rumours are circulating about many more. It is a bomb which is about to explode.”

“Local government in rural areas receives less per capita than urban areas in spite of there being fewer people to fund basic infrastructure such as roads.  The hospital situation is just as dire, as it also suffers from lower levels of funding.  As a result we are threatened with reduction in services in order to make limited funds stretch even further."

"Now we hear about the threatened closure of RMB Chivenor, and a potential £40m per annum loss to the local economy."

"The Tories must pay for this as the situation is becoming intolerable, and we will hold them to account.”