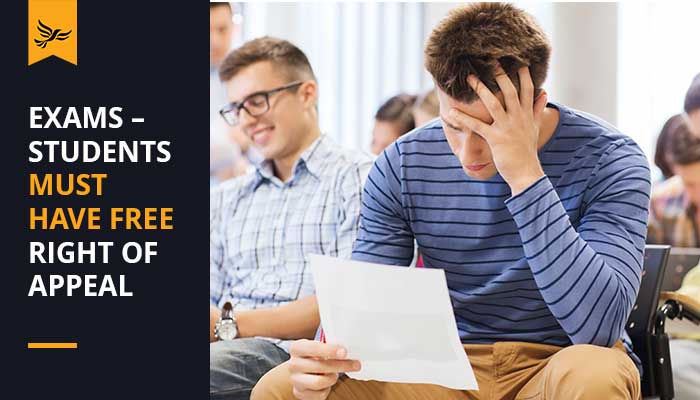 “It is completely unacceptable for any student to be downgraded based on their family income, or any other factor. What's more, our local students should not be disadvantaged due to the underfunding of schools in North Devon. I'm conscious that this shouldn't be politicised - this is about ensuring fairness for our young people in North Devon, I'm calling on the Government and the Tory MP for North Devon to ensure these students get free access to appeals."

Schools in North Devon receive £350 less per pupil, per year, raising concerns about the level of access our pupils will have to appeals and fair grades compared to their counterparts in other parts of the country. Many young adults in North Devon will feel as though they have received lower results because of past performance at their school, because of an algorithm.

Sharon Marshall is Head Teacher at Ilfracombe Academy. Mrs Marshall said to North Devon Gazette: “I think everyone is aware, not least students and their families, that the government has mismanaged grading this year.“This has led to a great deal of anxiety and some students being unfairly moderated down in their grades.