Cllr Rennles, a former Royal Marine himself, was guest of honour at the parade and beret presentation and said:

"We recognise the vital role the UK’s armed forces play in the defence of the nation and we are fighting to address the critical skills shortage and strengthen our armed forces." 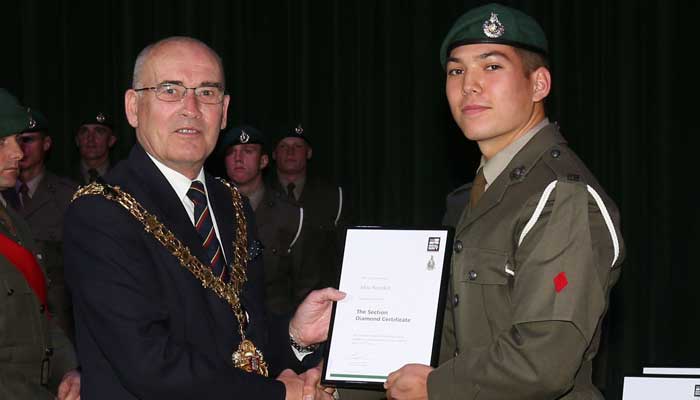 Cllr Alan Rennles presenting certificates and Green Berets to Marines at their passing out ceremony.