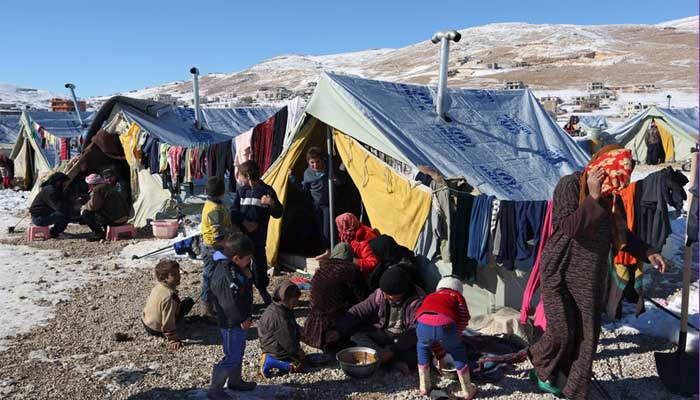 NDDC is one of only two district councils in Devon not to have voted in favour of participation in this scheme.  There are already a number of local groups and services who would be able to support these families and help them settle and integrate into our community e.g. Sunrise Centre.  It is our view that helping refugee families should NOT be considered an alternative to helping local families – we should be looking to do both.

Please read more about the groups involved in this initiative - but also please take time to sign this petition in advance of the NDDC Executive meeting on 6th February, where the decision could be made.

What is the current global refugee situation?

There are 65.3 million people worldwide who have been forcibly displaced from their homes. 21.3m are refugees outside of their home country, over half of which are children. 4.8m refugees come from Syria alone, with another 6.6m Syrians internally displaced.

The majority of refugees are living in camps in the Middle East and Africa. Turkey currently hosts a staggering 2.5m refugees.  Despite being only the size of Cornwall, Lebanon hosts 1.1mrefugees which means 187 refugees per 1000 population.

Life within the refugee camps can be very hard. People are provided with food and shelter, but they lack access to many basic necessities.  Many children have no access to education. The freezing winter temperatures and limited access to health care are added challenges.

What is the UK, and North Devon, doing about the situation?

There has been a huge surge of grassroots support for refugees both nationally and locally. People have given their energy, enthusiasm, time and money to support refugees around the world. The British government has also committed to resettling 20,000 of the most vulnerable Syrian refugees e.g. those with complex medical needs, to the UK directly from these camps through the Vulnerable Person’s Resettlement Scheme (VPR). Torridge District Council voted in favour of participating in the VPR scheme and has also recently voted in favour of a private sponsorship scheme to welcome two refugee families to Torridge. North Devon council is one of only two councils in Devon that has not yet committed to the scheme. We believe that we could, and should, welcome a small number of vulnerable Syrian refugee families to North Devon.

So how can I get involved?

Is a grass-roots organisation that connects all those wishing to play their part in supporting refugees. They have raised over £4,500 this year which has been used to provide direct aid to refugees in Europe and the Middle East. They recently coordinated the response from within the community to the temporary resettlement of unaccompanied minors in Torridge.

They aim to raise awareness of the plight of refugees worldwide and campaign for the UK to do more to support refugees. In the long term they hope that Northern Devon can become a place of sanctuary for refugees and those seeking asylum.

Survival bags – Home and Away:

Are a charitable group supporting children and adults at risk both in the UK and overseas. This includes refugees overseas but also the homeless locally.