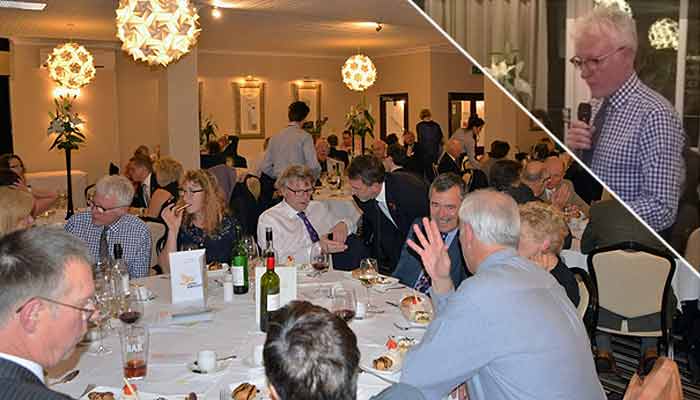 As one of the country’s leading spokespersons on the NHS, healthcare and mental health issues, Norman spoke eloquently about the importance of Lib Dem support for patients’ rights, and in support of extra funding for health services under pressure.

The Liberal Democrats will also be consulting a panel of healthcare experts on the policy of a dedicated UK tax for unified health and social care services.

During his time as a Lib Dem health minister, Norman fought to introduce a cap on care costs, parity for patients suffering from mental health problems, and a greater focus on preventing illness.

Prior to the dinner itself, he also took the time to meet with North Devon’s cross-party Save Our Hospital Services (SOHS) campaign, mental health groups and other local campaigners from voluntary groups across Devon.