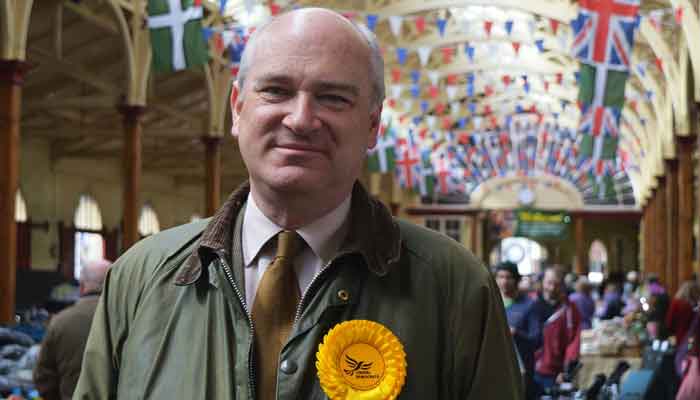 Sir NIck Harvey, MP for North Devon from 1992 until 2015, is to stand again as Lib Dem candidate in the General Election on June 8th.

North Devon Liberal Democrats are thrilled that Nick is willing to put himself forward and fight this election on the need to protect our area from the cuts to services being forced on us by the current government.

In a letter to the people for North Devon he writes:

I was as shocked as anyone by last week’s election announcement, but Theresa May has chosen to cash in on her lead in the polls, and so many people have urged me to stand that I have decided I must answer the call.

Clearly the Conservatives are going to win nationally. Theresa May is going to be returned as Prime Minister – possibly with an indecently huge majority. She wouldn’t have risked going so early otherwise.

So, the question is: what sort of MP does North Devon want? A ‘yes man’ who will do the Government’s bidding, keep his head down and ‘have a quiet word’? Or a strong, independent-minded fighter, who will stand up for the area, cause a stink, put his foot down and say ‘no!’

The Conservatives want this election to be all about Brexit. But they may be in for a shock. Brexit is just one issue of many which Parliament must tackle in the next five years. The decision has been made on Brexit. As a democrat, I accept that the people have spoken. We are leaving the EU and there is no going back on that.

But the terms on which we leave are all to play for. My priority is to ensure that North Devon manufacturers have the maximum opportunity to export to Europe, that our farmers don’t lose out when European subsidies have gone – particularly in marginal areas, that our hospital and care homes can still get access to European workers – without which they can’t function, and that our youngsters can still work and study in Europe.

Again, we are better served by an MP prepared to speak out and ask the awkward questions than by someone unwilling to rock Mrs May’s boat. She doesn’t seem to welcome challenge. But she does need it!

I will need all the help and support I can get with my campaign. We don’t have the support of big business, so we can also do with financial support – however small.

But together we can ensure that North Devon – with its proud heritage of non-conformism and independence – stands up for itself and doesn’t surrender to one party rule.

With your support, I can win this battle. Please help.