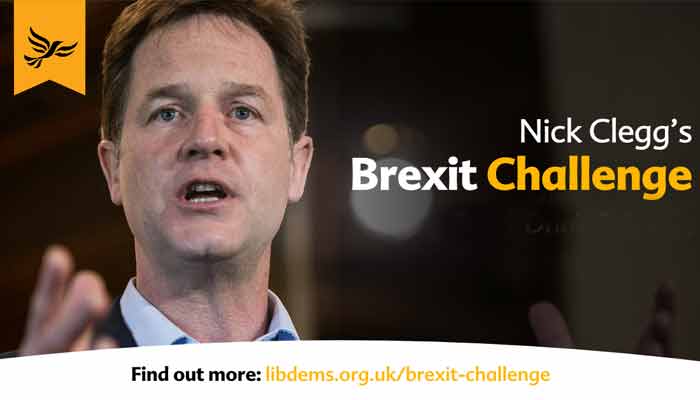 Due to the failure of the Leave campaign and the Conservative government to articulate a vision for Britain's future relationship with the EU, no-one knows what comes next.

Will we stay in the Single Market, or become like Norway, Switzerland, or Canada? Will British companies still be able to operate freely across European borders? Will we continue to work with the EU to counter the big challenges of the 21st century, from terrorism to climate change?

Nick Clegg speaks for the Liberal Democrats on Europe. He has a unique perspective on the challenges now facing the country, having worked in the European Commission and the European Parliament, before becoming and MP and serving as Deputy Prime Minister in the coalition government.

Through Brexit Challenge, he will unpack the issues and pose the big questions that the government now needs to answer.