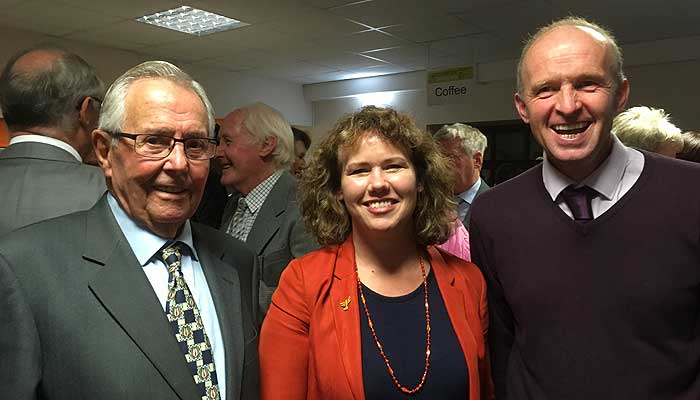 The service was attended by over 300 local farmers and their families. The sermon was given by Rev Tim Sutton who spoke of the spiritual harvest that should be sown and reaped in the same way farmers sow and reap their crops.

As a disastrous No Deal Brexit looms, Kirsten says “Farming and the industries that support farming in N Devon are facing a very uncertain future. Whether you voted Remain or Leave, the damage that is being done by the Conservative Government’s handling of Brexit has huge implications for the sector in N Devon. My in-laws were farmers in Landkey and I understand the struggles farmers face. I will stand up for them and work on policy which has food production and farm security at its heart.”

The current Conservative MP for N Devon did not attend the Harvest Festival.