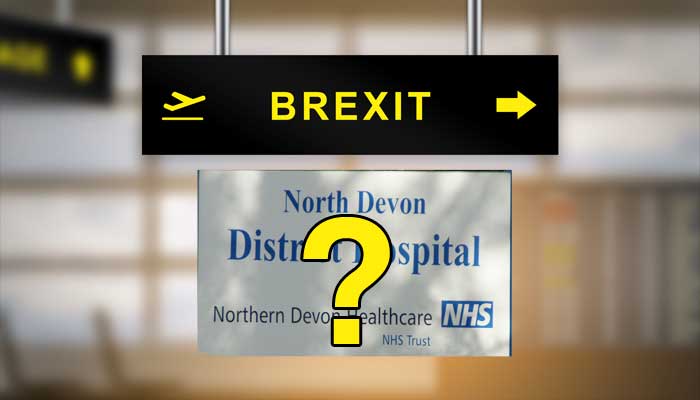 “I’m a Lib Dem councillor in Barnstaple and, like most Lib Dem councillors, I help a lot of people when they have problems with schools, housing, healthcare and so on. Last week, I was approached by a healthcare professional who works at the hospital. I’ll call her Helen, (not her real name). She’s from eastern Europe, and was recruited by the NHS three years ago to come and work as a nurse in the UK.  Helen has built up a network of friends in North Devon and, until June last year, thought of Barnstaple as her home.

"Since the Brexit vote, that has all changed. She doesn’t know what the future holds for her and came to me for advice (she is planning to make arrangements to go to Canada as one of her options.)

"What can I tell her? Neither Mrs May nor the Labour Party are clear on what Brexit means for Helen or thousands of public servants like her. In spite of being given the chance to do so, the government has so far refused to give her, or thousands of other nurses, any idea about whether they will be able to stay after March 2019.”

"The Lib Dems are clear – that the thousands of Europeans working in our vital public services should be allowed to remain in the UK after Brexit.