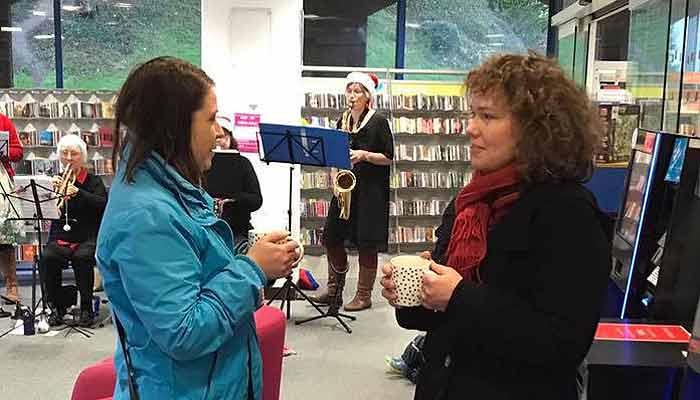 Kirsten Johnson, Lib Dem Prospective Parliamentary Candidate for North Devon, attended the Barnstaple Library Friends coffee morning on Saturday 15 December. She had a good chat with the Friends. Austerity measures mean that libraries now receive very little funding. Provision of library services, particularly in rural locations have been cut after funding was withdrawn by Conservative Devon County Council as a result of central Government austerity measures. Many local people in North Devon have fought long and hard to prevent these vital services from being cut further.

Kirsten says, “When my three girls were young the library was a godsend. Public libraries provide so much more than books - they are safe spaces for people to access information and meet others. The services provided by Barnstaple Library are invaluable, and in my view should be properly funded by Central Government funding and not reliant on the valiant efforts of volunteers." 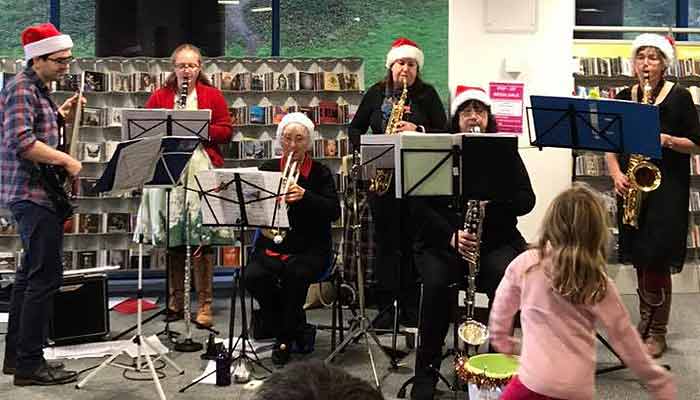 The ONO Band played Christmas favourites at the event. They are a 6-piece band, who enjoy playing an upbeat mix of swing and Dixie classics, based near Barnstaple, North Devon.