Local Lib Dems Get Stuck In 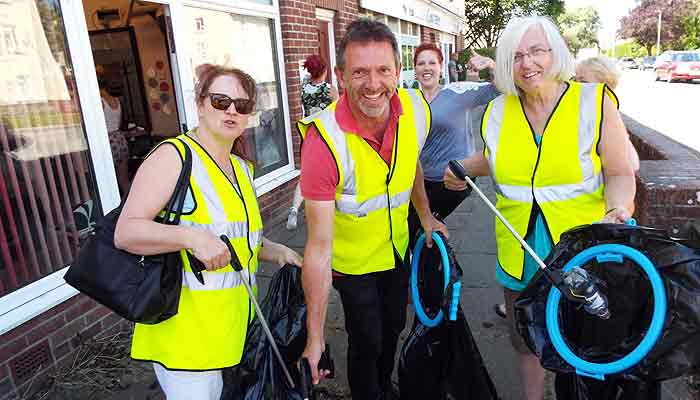 Volunteers, including Sue Haywood, Julie Hunt and David Chalmers sprang into action to collect bags of litter, after many local people raised the worsening problem.

“Lots of residents phoned us to say the greener areas of Forches were quickly getting untidy” explained Councillor Sue Haywood.

“Sadly Devon County Council have also said they won’t be doing this kind of work any more” explained David Chalmers.

“In Barnstaple the Lib Dem run Town Council have already had to step in to clear up the mess. They’ve also organised grass cutting and weeding around the Forches Avenue area.”