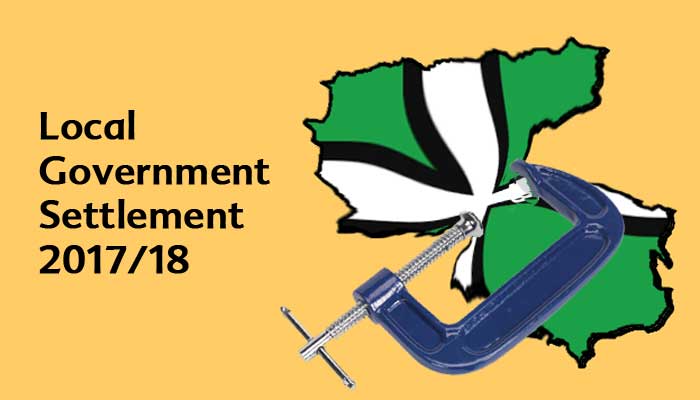 Good to see you at the North Devon Executive on Wednesday. Unfortunately the representations from NDC to County Hall regarding the £2.2 m schools are upset about losing fell on deaf ears and the cut was made the following day. Having voted to lobby the County Council on Wednesday I have to say I was disappointed on Thursday when Messrs Edgell and Yabsley voted for this cut.

However the purpose of this letter relates primarily to the local government settlement for 2017/18 which I understand will be debated on Tuesday evening at Westminster. From our previous correspondence I know we are largely in agreement that Devon deserves a fairer settlement. I understand the point you made about only English MPs voting on certain matters giving the Conservatives a larger majority than the overall majority the government enjoys.

I do have to say this is no reason for you and other Devon Conservative MPs not to still vote against the local government settlement for 2017/18 if there is no meaningful increase in grant for Devon Council's to honour the government's pledge to rebalance grant between rural and urban authorities. My view is at least restore the rural services grant to the level paid in 2016/17 and also restore the cut to new homes bonus. Even if the government wins the vote a substantial rebellion by Conservative MPs from Devon will send a clear message to government that the rural shires are not happy!

While in correspondence I am picking up more and more concern from small business about the business rates revaluation which appears to be more likely to hit small business harder than larger organisations like Supermarkets. This is a significant issue for North Devon given the large number of small business operations locally.

It seems to me that government need to urgently review the impact of this revaluation before a combination of cost increases driven by the fall in the value of the pound, fuel being a clear example, and the impact of rates being increased drive a number of small businesses to the wall.