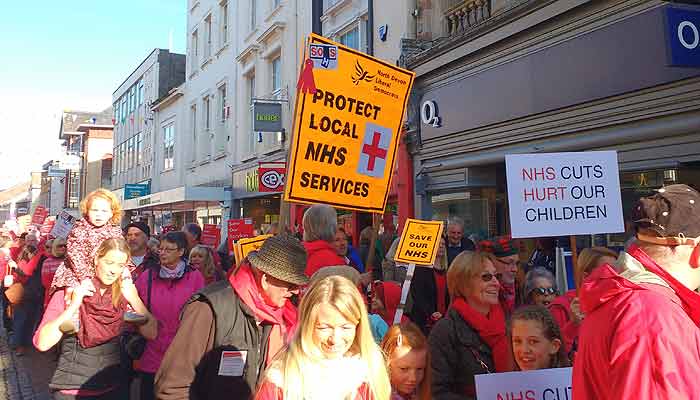 Acute services at North Devon District Hospital, including Accident & Emergency (‘A&E’), Maternity, Paediatric and Stroke Services are all under threat of closure due to funding cuts.

The Liberal Democrats have called for the Government to support the NHS with an additional £8bn a year, and health spokesman Norman Lamb MP has proposed a dedicated tax to support unified health and social care in the UK.

More than one thousand protesters wore red to campaign for ‘red line’ services that are too critical to our local area to cut - marching down Barnstaple High Street to a large rally on the square. 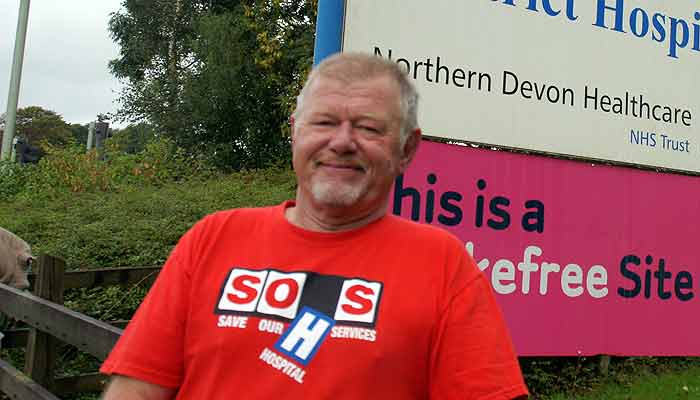 “We simply can’t let these critical services move to Exeter, more than an hour’s ambulance journey from North Devon. Thank you to all my friends and colleagues at North Devon Lib Dems for rallying behind this important local campaign.”