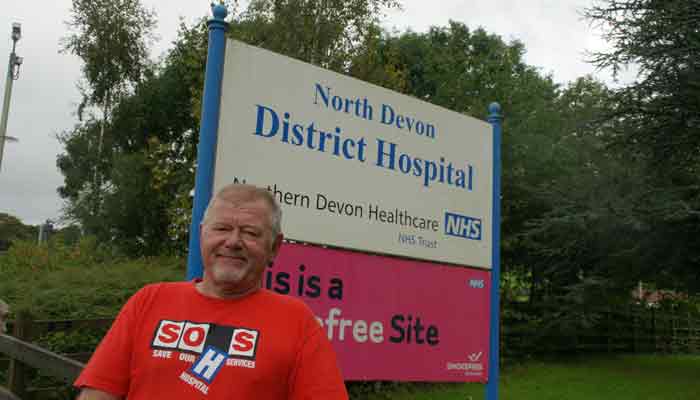 More than 400 people joined the peaceful protest in Barnstaple on 23rd August, wearing red for the cross-party “Save Our Hospital Services” (SOHS) campaign.

Lib Dem Town Councillor Ian Williams (pictured) praised the “fantastic turnout” from those “...Really worried about the plans to cut the number of beds, the range of services, eligibility for treatment, and loss of services to Exeter or beyond.”

In a letter to the Health Secretary, Lib Dem County Councillor for Barnstaple North Brian Greenslade praised staff at the local hospital, and explained the dangers of losing our ‘red line’ services - Accident & Emergency, Maternity and Stroke Services:

“…North Devon and its population are very vulnerable, especially if such key medical services are withdrawn from the NDDH.

“For many people in Northern Devon and North Cornwall the distance to alternative A&E facilities at Exeter and Taunton is more than 50 miles.”

I know you will appreciate the immense value of the ‘golden hour’ when responding to patient needs in respect of A&E, maternity and stroke services.”