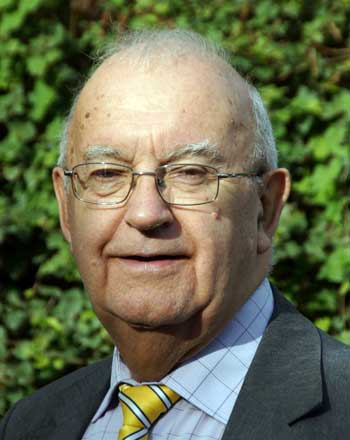 To. All Devon Conservative MP's

Possibly you are aware that at our DCC December County Council meeting, on an all-party basis, members supported my motion calling for a halt to the NHS Success Regime/STP process. Explanation please see below. At a meeting of the DCC Health Scrutiny Committee in January members, on an all-party basis, reconfirmed their support for a halt to this process by supporting the resolution I put to this meeting.

We call for a halt to this work because there is a need to firstly look at NHS funding for New Devon. Cumbria is a very similar area to our county. Yet NHS funding tables show they receive £226m more funding than Devon does. I have put this to senior NHS Managers asking for an explanation. The NHS have not disputed my figures neither have they offered an explanation why Cumbria does so much better than Devon does.

So when we are told that by 2020 there will be Devon NHS deficit of some £400 to £500m it is obvious that were Devon to receive the Cumbria funding level then we would not be facing this claimed deficit.

So issue one fair funding for New Devon.

Secondly the Success Regime/STP process is now fundamentally flawed and as a consequence cannot deliver a safe public consultation. If this were a public trial then the Judge would have stopped it as it would be unsafe to continue.

Ruth Carnell is described as the 'Independent Chair' of the Success Regime; she also acted as a consultant to the Success Regime for a fee I believe of £335,000. How then can she be seen by the public as 'Independent'? If any of us as elected representatives got into such a conflict of interest we would savaged by the press and public.

There have been two serious leaks of information from the Success Regime which have coloured the public view of this work. Therefore if this process continues then the opportunity for a sensible public consultation on any proposals just won't happen as public attitudes have already been coloured by these leaks.

This is why Devon County Councillors say halt this process now. Sort out the inequality in funding so the starting base for funding the NHS in Devon is realistic and cuts that are not needed can be avoided.

On a national level I and colleagues had a rewarding meeting with Sarah Wollaston and support her view, together with other Select Committee Chairs, that a review of health together with social care is needed before anything else. The two are now so linked that reviewing one and not the other is asking for trouble. I also agree with her view that asking the NHS to find £22bn of cuts is not realistic and also agree with Sarah that the £10bn extra funding Government say they have given the NHS is smoke and mirrors. Simon Stephens seemed to be saying likewise at recent Select Committee meeting.

At Westminster there appears to be growing support for cross party agreement on the future of the NHS and Social Care. I hope this is so. The reality is that agreement on spending more on health and social care is needed if we are to build a sustainable future for these services.

I would urge you all, especially the Devon Conservative MPs to pressure Government to halt the Success Regime/STP process and institute a review of health and social care together on an all-party basis.

The Devon Conservative Members are in a uniquely strong position at the moment. If the eight of you do not support the government then the government has lost its majority.

Public concern over health and social care clearly illustrates you must use this unique power for Devon.