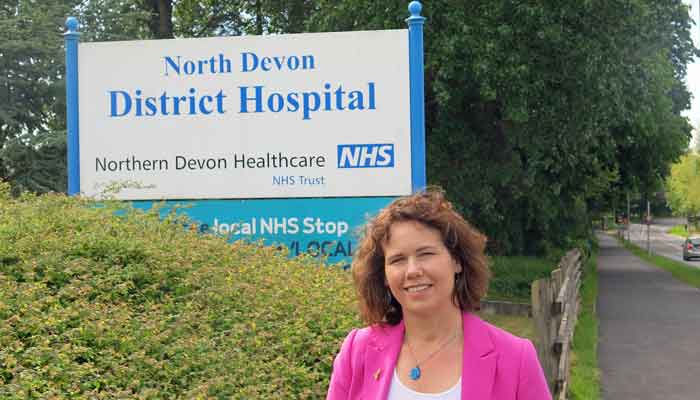 ‘Can the Secretary of State reassure me that the recent shortages and delays for patients using Ganfort and Toptiqom for their glaucoma, are not the result of the possibility of a No Deal Brexit?’ Dr Johnson’s question asked. ‘Can he identify what is causing these shortages and delays?’

Dr Johnson became aware of shortages and supply delays of the drugs at one of her regular surgeries. Mr Bradshaw told her he takes two varieties of eye drops for his glaucoma, both of which have been readily available for the past four years, but are now frequently unavailable.

But in January, Mr Bradshaw’s pharmacy said Taptiqom was also unavailable. A pharmacy assistant told Mr Bradshaw she had twice spent half an hour trying to order the drugs by phone, only to be told that the supplier was out of stock.

When his supply ran out, Mr Bradshaw contacted the NDDH Eye Clinic in desperation. But when collecting the prescription from the hospital pharmacy he was told that the drug had not arrived. Staff had spent most of the morning chasing up the drug and other missing items. They said it was not a one-off, but a regular occurrence.

Mr Bradshaw said he was concerned that stockpiling further up the pharmaceutical chain might lead to sudden increases in pricing to the NHS in the event of a No-Deal Brexit. He said: “My glaucoma does not stop me from driving, but others are not so lucky and delays for them would be disastrous. I am grateful to Kirsten for raising this matter at Westminster.”

Dr Johnson said: “I’m glad to have been able to raise these concerns at Parliament on behalf of Mr Bradshaw and other North Devon residents.”

“As the Lib Dem Parliamentary Spokesperson for North Devon, I am always keen to make sure that the issues which affect my prospective constituents’ daily lives are raised at Westminster and listened to by this Conservative Government.” she added.

“North Devon deserves better than the services it is currently receiving – whether it be the NHS or parliamentary representation.”