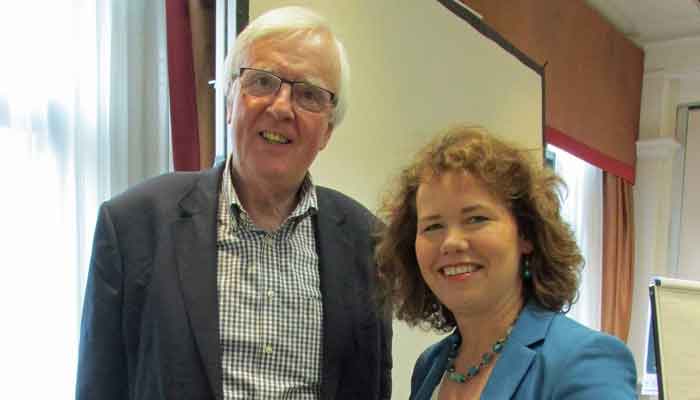 She said: “It was good to hear the insights of Lord John Shipley, Liberal Democrat Spokesperson for Housing and Social Security, who maintained that lack of social housing was a root cause of homelessness. Lord Shipley told us that if 50,000 social houses were built per year, for the next 10 years, we would go a long way towards tackling homelessness.”

Caron Lindsay, Liberal Democrat Scottish Spokesperson for Social Security, spoke on Universal Credit and its effects on those experiencing mental ill-health. She said that no one with mental health problems should ever experience any kind of sanction, and that this worsened their health and did not help their situation. Ms Lindsay also spoke on the homelessness experienced by those fleeing Domestic Abuse.

Comments from the floor included a man who had experienced difficulty in accessing Universal Credit as he did not have a mobile phone and no way to contact the agency overseeing his application. Lack of rural transport to get to job centres was also an issue for many.

Daniel Dumoulin from Depaul UK, a charity which supports young people made homeless, spoke about the terrible effect that the five-week wait for Universal Credit was having on many people. Mr Dumoulin was especially concerned about young people made homeless and trying to access Universal Credit. He was also concerned that many of those young people thwarted by the application process, ultimately chose not to apply but live on the streets or sofa-surf instead. It is estimated that over half of young people who sofa-surf are harmed in some way.

Kirsten Johnson said: “It was a privilege to chair this national panel. Many of the issues faced by residents of North Devon who are on Universal Credit or attempting to access Universal Credit are felt nation-wide. We need to change central government policy on this issue, and make sure the safety net works for those who are most vulnerable in our society.”