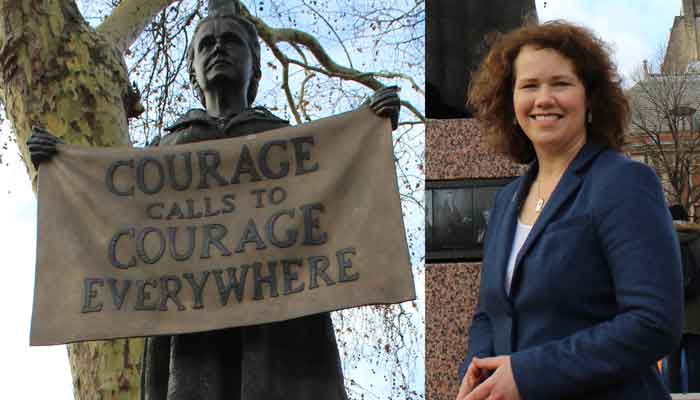 Kirsten Johnson, the first woman to be selected by the Liberal Democrats to become the MP for North Devon, has recorded a message to celebrate International Women’s Day. Kirsten made the video against the backdrop of the statue of Millicent Fawcett, which was erected in Parliament Square last year, to mark 100 years since some women gained the right to vote.

The video will be sent as a link to local schools and colleges to ensure that the next generation of young people have a glimpse of how important the role of women is in society; in North Devon, in the UK and across the world.

Kirsten added to her International Women’s Day message by saying: “Great women across the globe are doing great things to maintain, support and increase women’s rights. I know for myself, as I speak to people from all parties throughout North Devon, that there is a genuine enthusiasm to have their first female MP”.