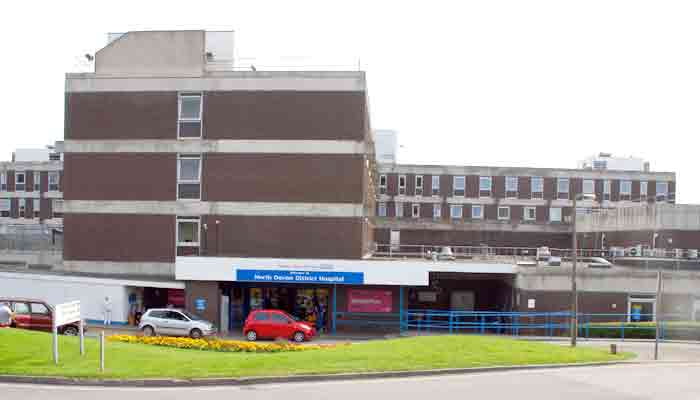 “This is unacceptable” said concerned local resident and Lib Dem David Chalmers: “It is over an hour’s drive from Barnstaple to A&E in Exeter, or longer from more rural parts of North Devon.” “The local hospital trust is now severely underfunded by the Government and we’ve already watched community health and care services disappear.”

During the EU referendum campaign Conservative and UKIP ‘leavers’ like Boris Johnson and Nigel Farage promised £350 million a week for the NHS if Britain voted leave. So where’s the extra money?

The North Devon District Hospital is facing cuts which could see the Accident and Emergency, Stroke, and Maternity services transferred to Exeter.

The local Hospital Trust has been struggling to balance the books for several years, and the Government has called in the “Success Regime” to make to reduce the deficits.

“That’s all well and good”, says David Chalmers, “but the one factor the analysts couldn’t examine was the serious under-funding of the whole Trust by the Government.”

“Rural areas are always at the back of the queue for funds, and this is a further example. Covering a vast rural area involves additional costs, and already the Hospital Trust have been forced to close Community Hospitals across Devon, just as the County Council have axed their Day Centres and the residential care homes that provided respite care and a safe transition back to independent living.

“Local hospitals do face recruitment problems, and the need to use excessive overtime or expensive Agency staff to fill staffing gaps has added to the problem. Nationally, insufficient nurses are being trained and the Government are cutting their bursaries. The Trust has had some success finding qualified staff by advertising in Spain, Portugal, and Eastern Europe. Their contribution is very welcome but there are concerns about whether this policy can continue after the UK leaves the EU. . Recent comments by the new Prime Minister have added to the anxieties of the 55,000 EU staff working in the NHS and until the uncertainty is resolved it will deter new staff from applying.

“Finding well qualified Hospital Consultants to head up the various Departments has been a concern as many potential applicants feel that there might not be the volume or sufficient challenge in their role to enhance their long term promotion prospects, although the existing team are very proficient. The loss of the Ears, Nose and Throat Department is a case in point. Improvements in IT may be part of the solution but it will require further investment.

“Forcing Stroke patients, accident victims and other emergencies, not to mention urgent maternity cases, to travel to Exeter is completely unacceptable! Bad enough from Barnstaple, far worse from Lynton, Woolacombe or Hartland… It will throw a huge additional burden on the Ambulance Trust and the Devon Air Ambulance - will they be able to cope?”