Liberal Democrats call on Government and MP for furlough extension

Liberal Democrats call on Government and MP for furlough extension as 36% on furlough and 6% claim Universal Credit in North Devon. 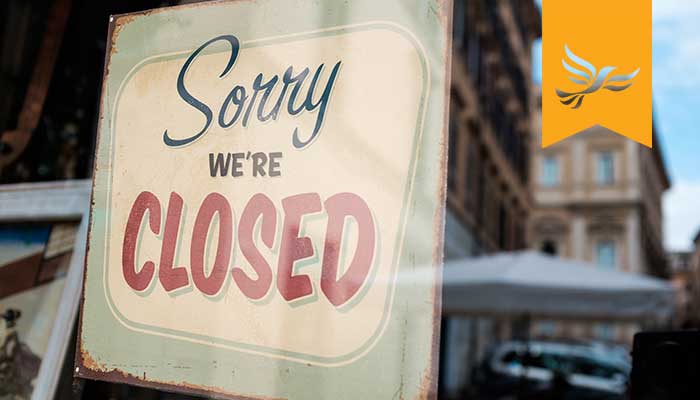 In the wake of continued job losses across the country, and the latest restrictions, the Liberal Democrats are calling for an extension of the Government’s furlough scheme until the jobs market is “ready to bounce back” as the South West sees 32% of its population on the job retention scheme for September - the second highest in the country - with North Devon one of the areas relying on it most.

With 5.9% of people now relying on Universal Credit in North Devon, the Party claims that extending furlough would help “stop this crisis getting even worse” and protect jobs for the future.

What's more, figures show that 14,400 people are currently furloughed in North Devon. Despite the Chancellor promising last month to do “whatever it takes” to support households and businesses through the coronavirus outbreak, the Government so far has not come forward with a plan beyond 31 October, when the current scheme ends.

The Liberal Democrats have also warned some of the worst hit are the country's self-employed workers, three million of which are still not covered by support. The Party has called for support to be extended and urges the public to join its campaign to protect jobs. They are particularly concerned about the tourism, hospitality and leisure industries.

“With so many families in crisis, the Government should be doing everything in its power to protect jobs in North Devon and right across the country. The fact that so many are now relying on Universal Credit or Job Retention Schemes in North Devon shows exactly why the Chancellor must extend the furlough scheme, at least until the middle of next year, and this is clearly something the MP should be pushing for.

Whilst the MP would like to deny the prevalence of coronavirus here, in terms of testing especially, it's important we remember the impact is felt far beyond public health - it also cuts deep for so many
people financially and their livelihoods must be protected. The increasing uncertainty and pressures on the hospitality and leisure sectors means these schemes must continue, especially with the implications for business following these latest restrictions. I'd gladly speak with the MP to put forward my genuine concerns for this area - concerns which she has, so far, failed to grasp, or show interest in for that matter."