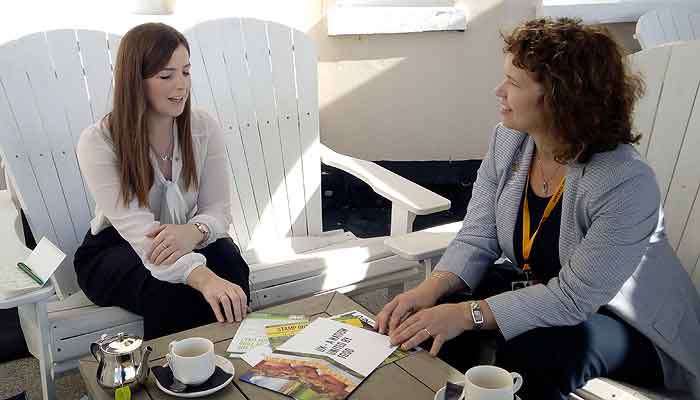 Minette Batters, the first female President of the National Farmers Union (NFU), in over 100 years of its history, is set to visit North Devon at the invitation of Kirsten Johnson, Lib Dem Prospective Parliamentary Candidate (PPC). Kirsten is the first woman to stand for Parliament in North Devon.

Following a meeting with Liv Phoenix, NFU External Affairs Manager, Kirsten Johnson issued the invitation.  She says, “I am delighted that Ms Batters is open to visiting North Devon, where agriculture, food and farming are vital parts of our culture and economic prosperity. The future for farming is daunting – with Defra’s own statistics showing that up to 25% of farms will be forced to shut down as a result of increased tariffs and the removal of Common Agricultural Policy subsidies. I welcome this opportunity to introduce her to some of our farmers and agri-employers, in my role as the North Devon Lib Dem PPC: working hard on issues that really matter to North Devon”.

”After Brexit, agricultural policy will be set in this country. Cross Party support is required to ensure an agricultural industry, with food production at its core”.

At their meeting, Liv Phoenix and Kirsten Johnson also talked about the fact that, as well and providing people with three meals a day, farmers are responsible for maintaining 3,000km of footpaths, managing 70% of UK countryside and employ over 400,000 people. The industry is worth £13 billion to the UK economy; more than the car and aerospace industries put together.

“The changes that are about to effect farmers in North Devon, are the most important since the 1947 Agriculture Act over 70 years ago – I am glad that the significance of this is not lost on Kirsten”.