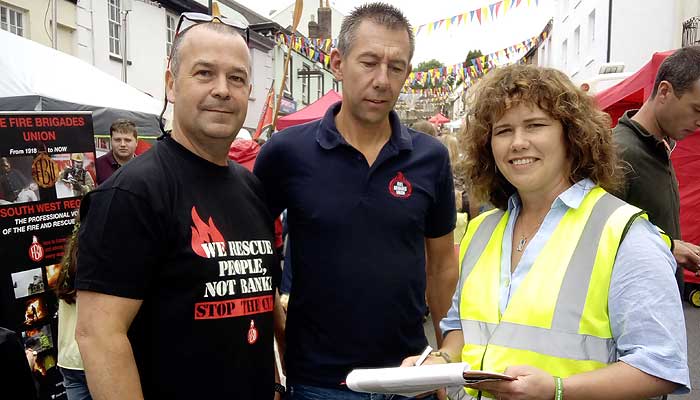 Kirsten Johnson and the North Devon Liberal Democrats are opposing the reduction in fire services in North Devon. Kirsten says, “Safety is being sacrificed due to budget cuts. Our services need proper funding and must remain fully operational. I am concerned for the safety of the residents of North Devon if fire services are reduced and stations closed.

In regards to the proposed closure of Woolacombe Fire Station, North Devon Cllr. Malcolm Wilkinson points out, “The residential population of the parish is 1,300 but this time of year it swells to over 15,000. There can be 10,000 on the beach alone!”

He goes on to say, “The figures state that Braunton is only five miles away. But that is 'as the crow flies', it's a lot further by road and you couldn't get a fire engine through the lanes!”

Last year, the Woolacombe station had seven grade one turnouts working with the ambulance service. Together with the other proposals, including the loss of full-time evening cover at Barnstaple, the lives and property of residents in North Devon would be at greater risk. North Devon Lib Dems remain committed to fighting these reductions in front line services.