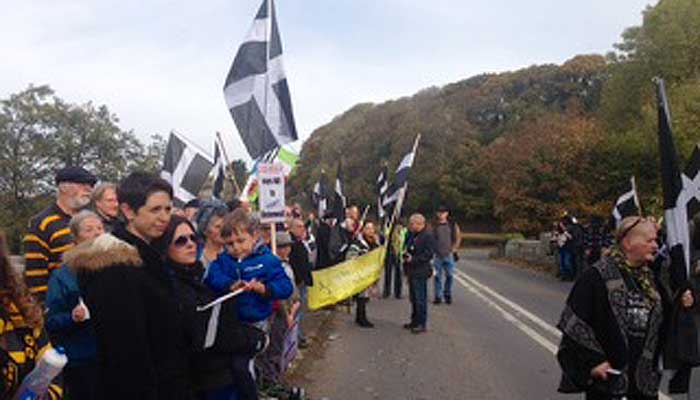 No, not a plan to build a Donald Trump type wall between Cornwall and Devon, but a serious proposal by the Boundary Commission to merge constituencies on either side of the river Tamar.

Rt Hon Norman Lamb MP on his recent visit to North Devon attended a rally against the proposal and spoke offering the Lib Dems support.  Along with his fellow Lib Dem MPs he intends to vote against the proposed boundary changes in Parliament. 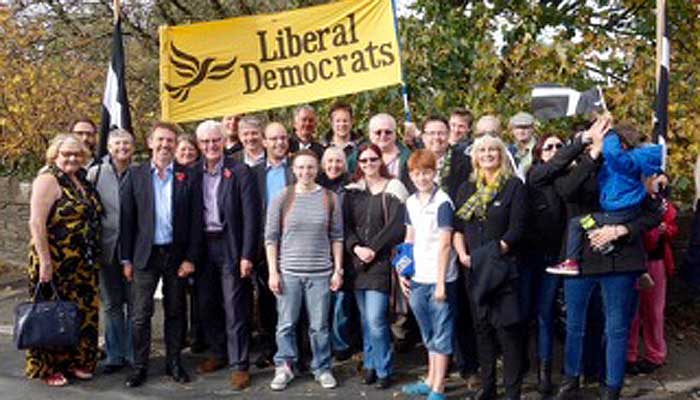 North Devon Councillor David Chalmers who also attended the protest commented - “This is yet another example of this Government putting numbers above the interests of local people. I have yet to hear a convincing argument why the number of MPs should be reduced and this proposed constituency will weaken democracy in our part of the country that struggles even now to gets its voice heard in Westminster"

The Tamar River has set the border between England and Cornwall since 936 and these changes which would give an MP the difficult task of representing the needs of the people on both sides, discarding the unique cultural, historical and linguistic differences that make Cornwall distinct. Cornwall is governed by a unitary council which has recently been given devolved powers from Whitehall following the recognition of the Cornish as a nation within the United Kingdom - it would be very challenging for an MP to find a fair balance and leave them open to accusations of favouring one against the other.

For further details of the proposal, follow this link.