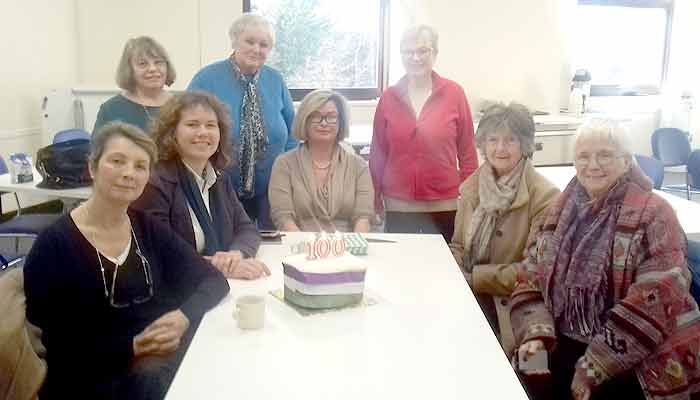 Kirsten Johnson, the first woman to be selected by the Liberal Democrats to become MP for North Devon, hosted a commemorative Coffee Morning at Barnstaple Library on Friday 14th December, 2018 from 10.30am until 12.30pm. This marked the date, to the day, when 100 years ago, some women first got the right to vote in the UK.

Kirsten was joined by nearly 100 people, of all ages, from across North Devon who shared their thoughts on the importance of female suffrage; the progress that has been made on women’s issues since 1918 and the work that still needs to be done.

Kirsten said” Too often people take for granted our right to participate in the democratic process. Let us not forget that women gave their lives so that we could cast our votes. In this year of special remembrance, in an area with a proud military tradition, it is also vital to remember that we cannot take democracy itself for granted”.

The special suffrage cake, commissioned by the North Devon Liberal Democrats, which was baked locally, was enjoyed by all.