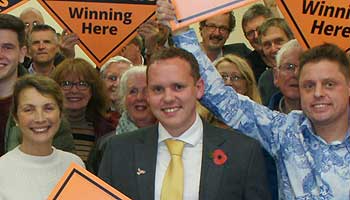 Alex White is standing to be the next Liberal Democrat MP for North Devon.  His top campaign priorities are:

Alex lives locally and has worked in Barnstaple. Since defeating the Conservatives in May to be elected as a Councillor, he has served as Cabinet member for Finance. Outside of politics, Alex has played football for South Molton, is a level 3 qualified tennis coach and member of Chulmleigh Tennis Club.

Alex attended secondary school at Chulmleigh, where he was elected as Youth Parliament member for North Devon, before going on to study European Law with German Law at Warwick University.  He worked as a consultant in London for two and a half years before completing a master’s degree in Business, Law and Management at Exeter University. After graduating, he worked as a County Court Advocate and spent a year in courtrooms across the South West, frequently visiting Barnstaple, to represent clients on a range of different legal issues. Alex has also worked for a law firm based in Barnstaple as a trainee solicitor.

Alex’s experience has led him to be passionate about alleviating the disadvantages faced by the poorest in society, securing a better quality of life for our elderly, and providing the highest standards of education within our schools.

For Alex, this election is not just about 2020, it's about 2030 and beyond and the kind of North Devon that we all want to see for the future. We need to be supporting local services and not cutting them. North Devon needs a strong, independently-minded campaigner like Alex, who will stand up for the area and fight for the investment in our future.

Local issues will be at the heart of Alex’s campaign: championing the NHS, education, the environment, farming, tourism and local industry. He will ensure that our farmers do not lose out in relation to European subsidies and that North Devon manufacturers have the maximum opportunity to export to Europe. 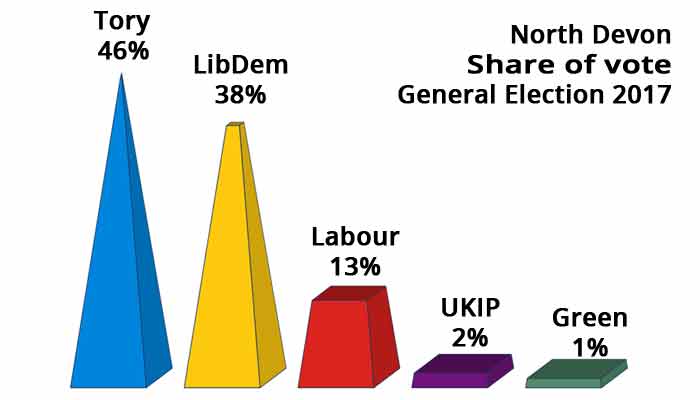 Only Alex White and the Liberal Democrats can beat the Conservatives in North Devon, Labour and the Greens won't win here.